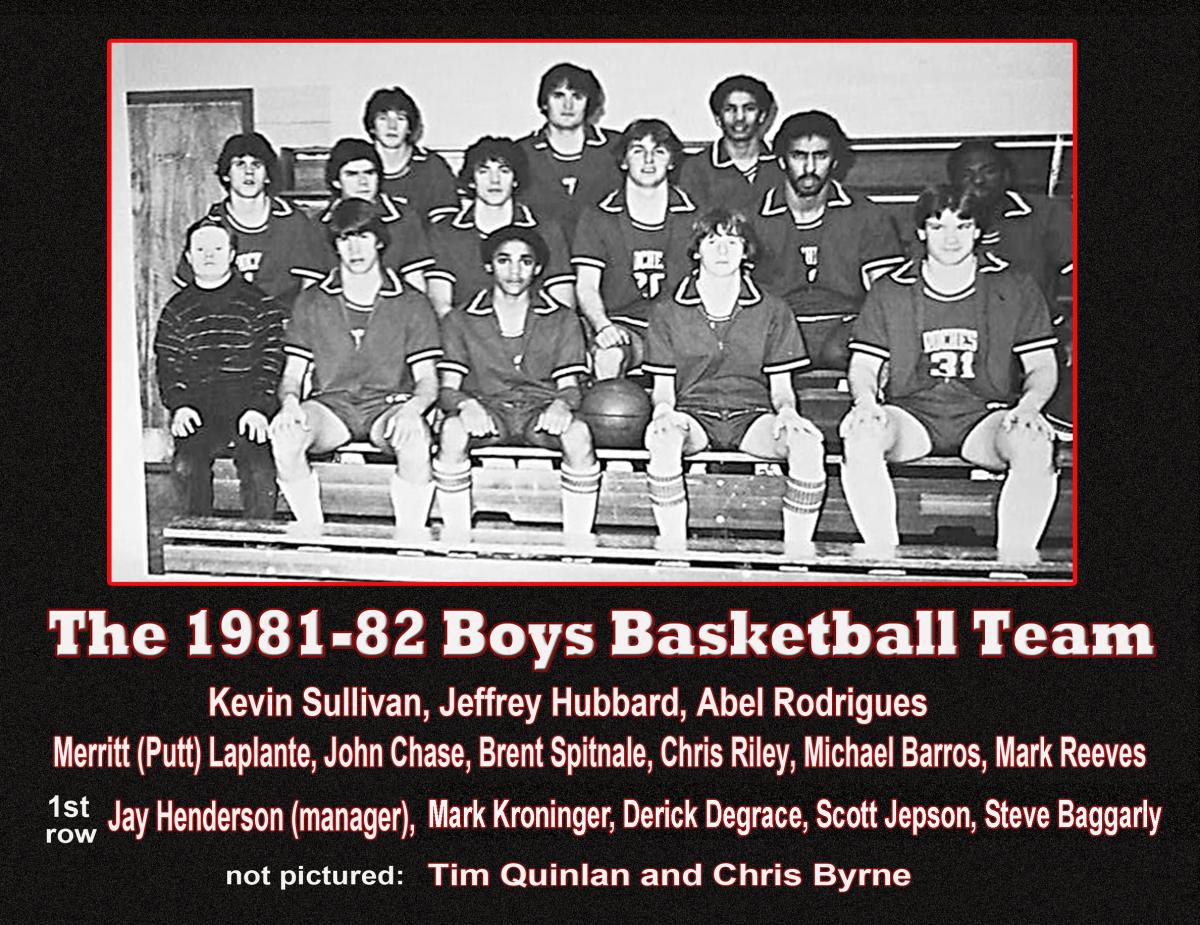 1981-82 Boys Basketball Team went 21-2 beating Wareham for the Eastern Mass State Title, Their only losses that year  were to Wareham in the third game of the season and Coyle by 1 point. In the end they ended up beating Wareham in the finals for the Eastern Mass Division 3 State Title 60-52. Congratulations to all the boys of the 1981-82 ORR Boys Basketball Team and Welcome to the Old Rochester Regional Athletic Hall of Fame!

( Click here to see and hear the 2018 Team Induction Ceremony into the ORRAHOF with speeches from team members and ORR Coach Steve Carvalho.)